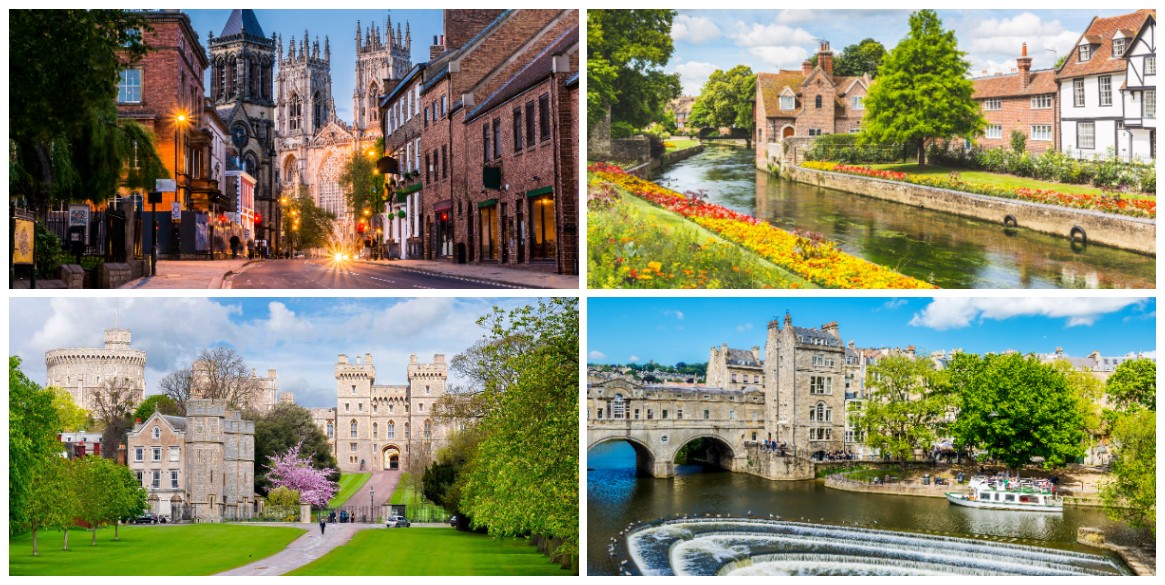 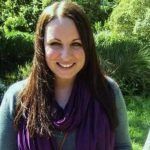 Have you ticked off London’s iconic sights? You might be craving a break from the city’s hustle and bustle. Luckily, London offers an array of fun weekend getaways by train, from the prestigious university town of Oxford and pebbly beaches of Brighton to the picturesque medieval walled city of York.

With over 400 million annual visitors to HotelsCombined, we’ve found the best weekend getaways under two hours from London. Whether you’re looking for a last-minute city break or want a quiet country escape, these six destinations reward you for venturing beyond the city sprawl.

Why You Should Stay in Oxford

With picture-perfect cobblestone streets and a prestigious university, Oxford is known for its beautiful architecture with imposing spires. This fairy-tale town is just an hour by train from London, offering culture vultures a chance to see iconic landmarks, such as the 18th-century Radcliffe Camera and the 1,000-year-old Oxford Castle, then soak up city views from the top of St. George’s Tower. 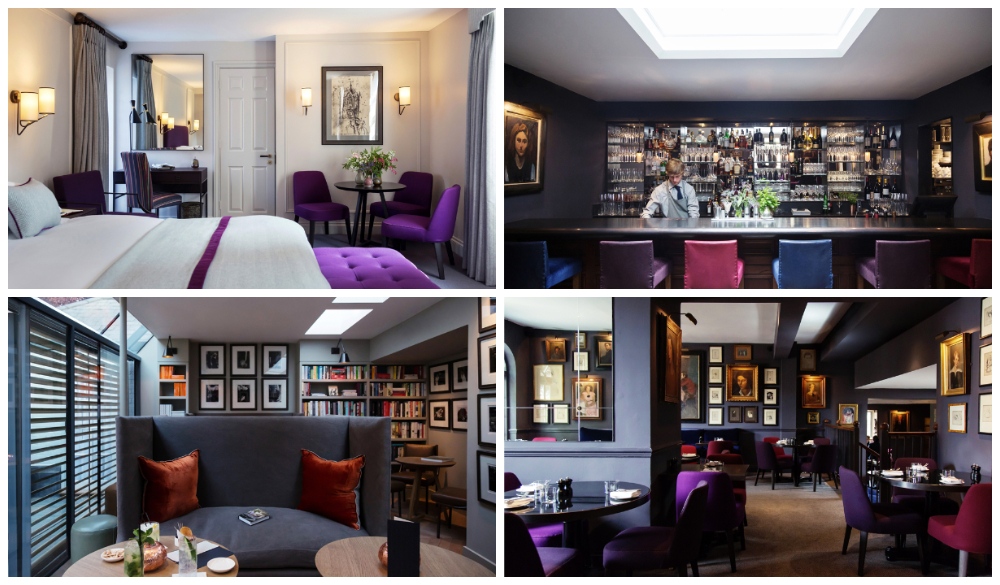 Enjoy traditional afternoon tea in the walled courtyard, relax in the delightful library area or pick up a vintage-style bike from reception to explore the area. Visit Parsonage Grill and refuel with classic British dishes. 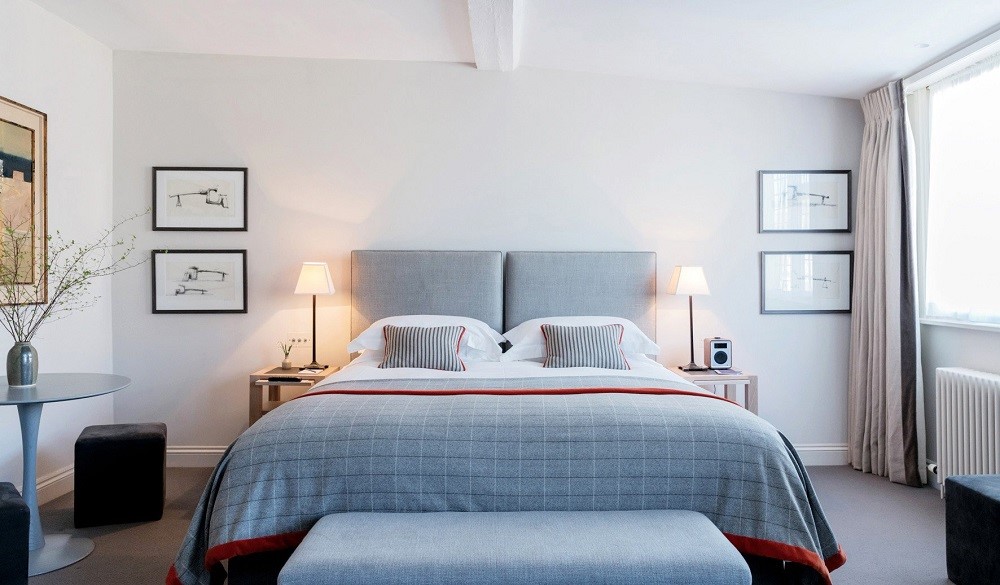 The central Old Bank Oxford has 43 luxury rooms, many of which have unrivalled views of Oxford landmarks. The on-site restaurant, Quod, boasts a heated Italian garden terrace and serves European classics. Hotel bicycles are complimentary, while the sleek onyx bar is a social hub during the daily cocktail hour.

Why You Should Stay in Brighton

Brighton is a charming seaside resort town on England’s southern coast, known for offering light-hearted, old-fashioned fun. Only an hour by train from London, it has a thrilling roller coaster on the kitsch pier, an array of unique boutiques and a lively LGBTQ party scene. 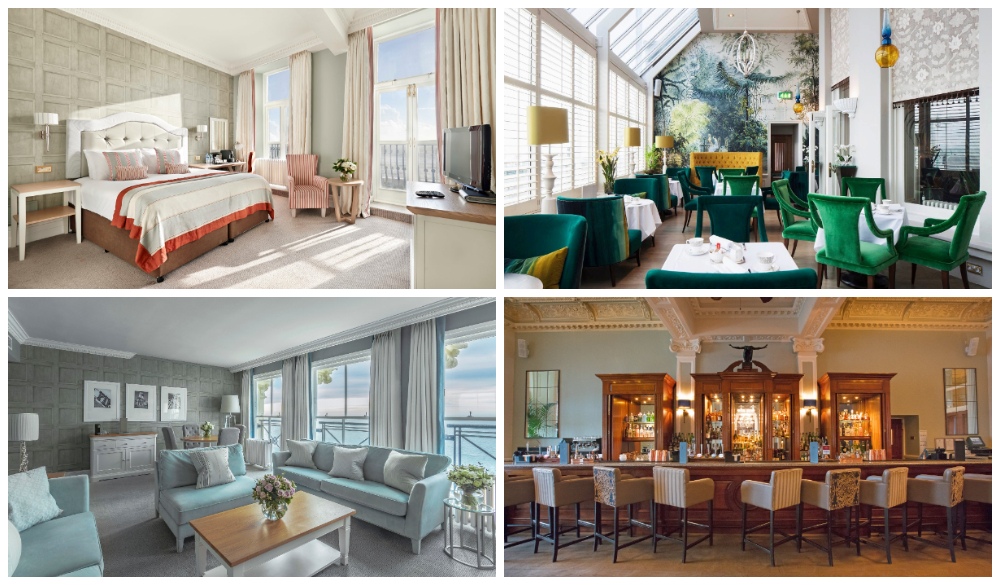 Photo| The Grand Brighton | Provided by THE GRAND BRIGHTON

The Grand Brighton is one of Brighton’s most iconic hotels, sitting on the seafront in the town centre. Classic Rooms feature flat-screen TVs, Egyptian cotton linens and Wi-Fi, while Deluxe Sea View Rooms offer stunning views over the seafront. For 7th-floor views and a separate lounge, upgrade to a King Suite.

Visit the sea-facing Victoria Terrace for afternoon tea or a Terrace Brunch or enjoy a signature Grand Cocktail at the stylish Victoria Bar. GB1 restaurant serves refined cuisine, such as oysters and caviar paired with heritage vegetables, while Victoria Lounge presents live music on Friday and Saturday nights. 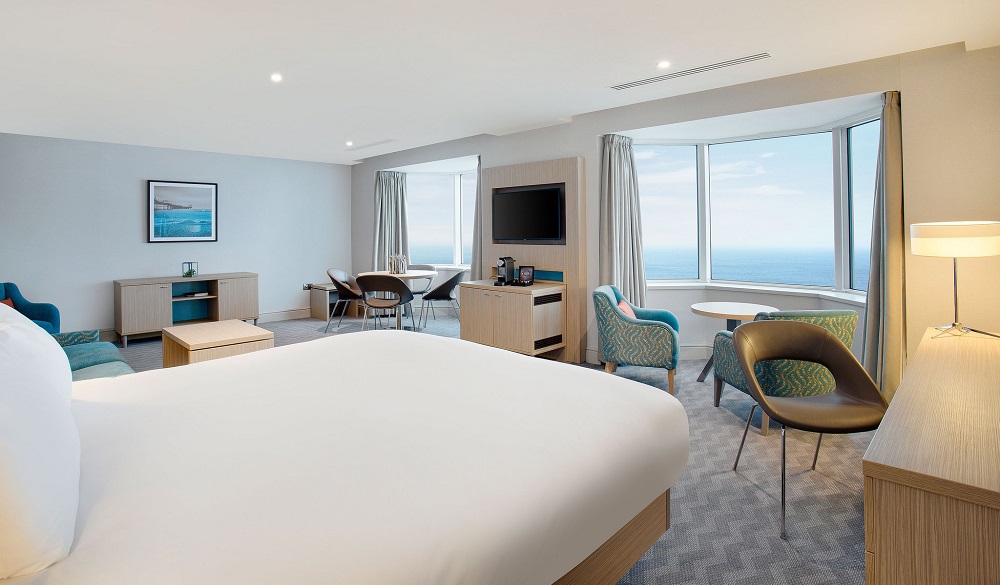 Take advantage of the fully-equipped gym, swimming pool, steam room and sauna, as well as the luxury spa. In addition to light bites at Atrium Bar and Lounge, you can enjoy wines from the cellar at Seaview.

Why You Should Stay in Windsor

Windsor is famously home to Windsor Castle, one of the opulent homes of Britain’s Royal Family. It’s steeped in royal history and while it’s centred around the Queen’s residence, it also offers family-friendly attractions, parks and restaurants. Just 35 kilometres west of London, this picturesque Berkshire town is truly regal. 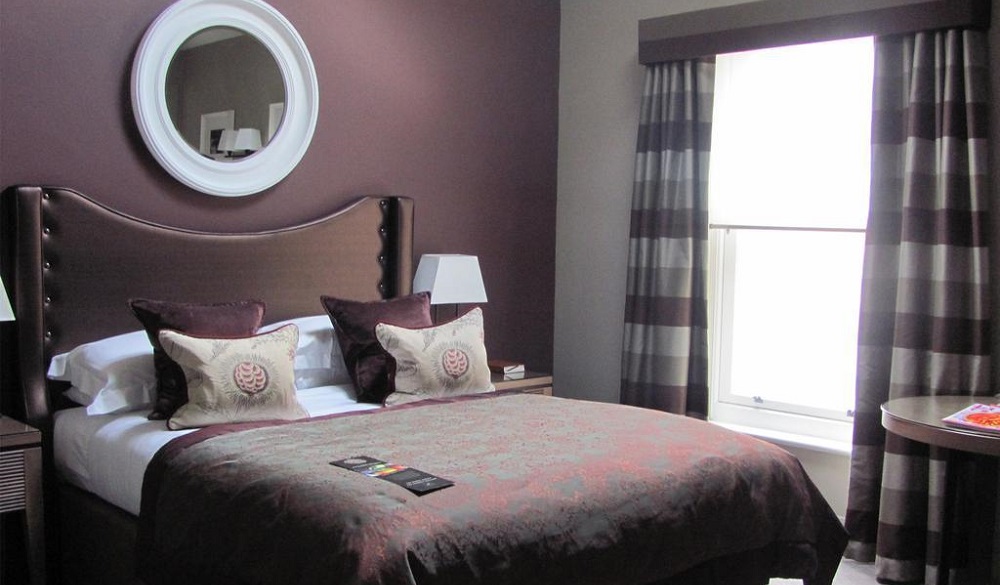 The 16th-century Castle Hotel Windsor – MGallery by Sofitel is set on Windsor’s iconic High Street, directly opposite Windsor Castle. Classic Rooms appeal to solo travellers with single beds, while couples can get cosy on the king-size bed in a Superior Room, which also features a mini fridge and flat-screen TV. Spacious suites add separate sitting areas.

The on-site Marco Pierre White Steakhouse offers a menu of creative twists on British cuisine. Head to the bar for a wide selection of wines and cocktails or satisfy your sweet tooth with decadent desserts.

Why You Should Stay in York

Under a two-hour train ride from King’s Cross station in London, York is a quintessentially British city with narrow streets bordered by 13th-century walls. Visit the iconic York Minster cathedral or stroll along the River Ouse, then pop into one of the many inviting pubs. The interesting neighbourhoods are full of historic sites, museums and independent shops. 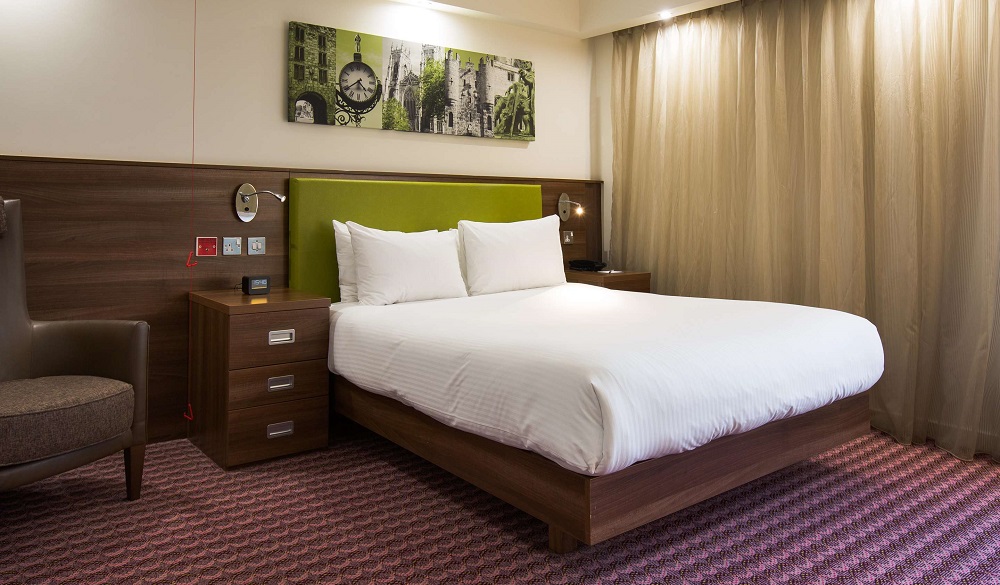 Fill up with hot breakfast favourites at the complimentary buffet or grab a takeaway option if you’re on the go. Purchase snacks at the on-site convenience store or take advantage of the 24-hour pizza service. The chic bar also has a 24-hour snack menu and kids’ menu. 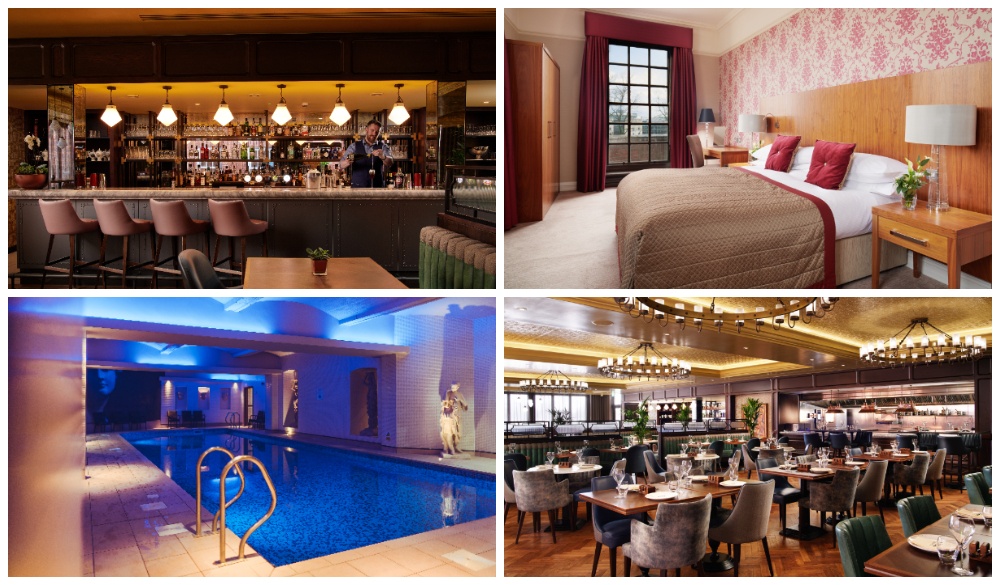 HotelsCombined visitors rave about the on-site spa, which features a swimming pool, whirlpool, steam room and sauna. On-site dining is highlighted by the modern British cuisine at The Rise. Visit The 1906 Bar for cocktails, ales and champagne or book a class at The Cookery School.

Why You Should Stay in Bath

You can reach Bath in less than 1.5 hours from Paddington Station. The tranquil setting has an historic atmosphere, thanks to restored Georgian residences. See how Bath’s former residents relaxed centuries ago at the Roman Baths, then unwind at Thermae Bath Spa or get a dose of culture at one of the many museums.

Macdonald Bath Spa Hotel is set in the historic heart of Bath, offering beautifully landscaped gardens and a luxe spa with a hydro-therapy pool. Soak up captivating city views from the outdoor terrace at Vellore Restaurant, which serves seasonal English fare, or sip tea in the Drawing room or cocktails in the Colonnade and Rotunda bars.

Save money in a Standard Room, which features a flat-screen TV and Wi-Fi, or upgrade to a Deluxe Suite for a grand open fireplace, four-poster bed and separate sitting room. Presidential Suites exude luxury with separate living spaces and panoramic views across Bath. 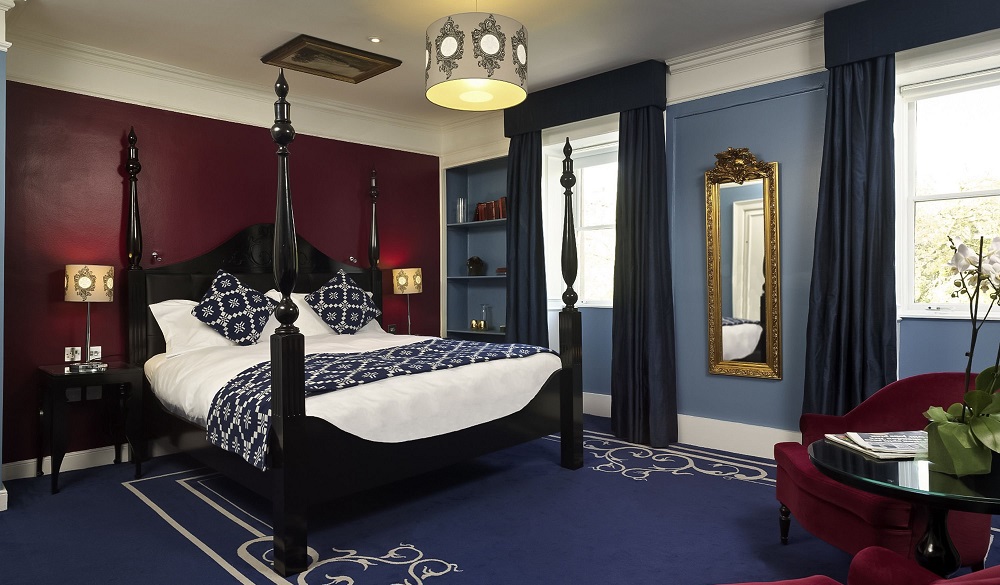 Feel like British royalty while enjoying traditional Afternoon Tea in the Tea Room or visit Brasserie Blanc for exquisite French dishes. After a long day of sightseeing, the hotel’s Lounge and Bar offers a quiet setting to unwind.

Why You Should Stay in Canterbury

Canterbury is an ancient city idea for travellers interested in the UK’s literature, history and beautiful architecture. Nestled in the county of Kent, this busy market city boasts ancient walls, a medieval centre and cobbled streets dotted with historic sites, such as Canterbury Cathedral, St. Augustine’s Abbey and places mentioned in Chaucer’s “Canterbury Tales”. 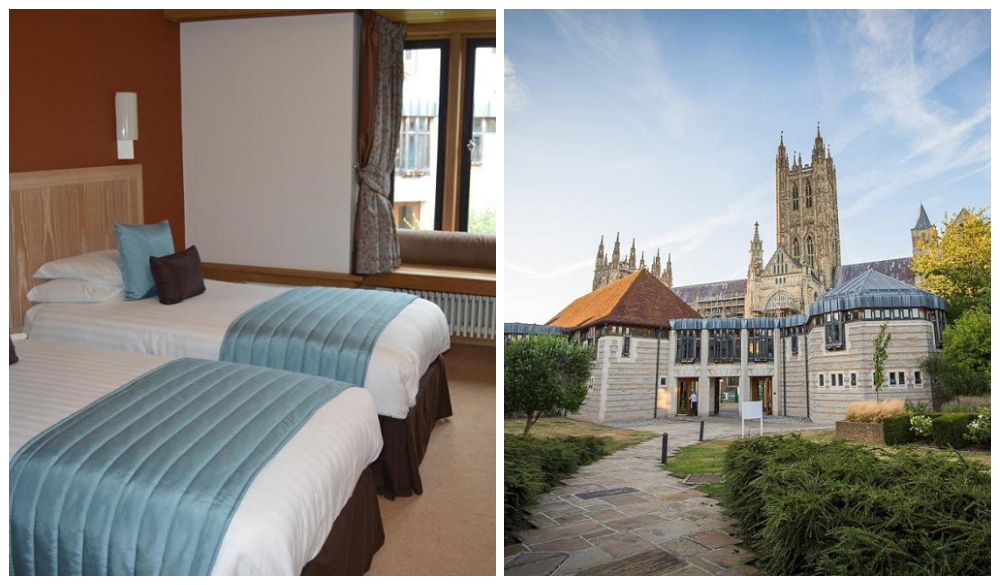 Situated on the grounds of Canterbury Cathedral, Canterbury Cathedral Lodge is part of a UNESCO-listed site. Along with iconic cathedral views, stylish rooms feature complimentary Wi-Fi, LCD TVs and coffee making facilities. The Self Contained Apartment, meanwhile, has two twin bedrooms for up to four guests.

You won’t go hungry with the full English breakfast served in Refectory Restaurant, which also has alfresco seating on the terrace in summer. Afterwards, enjoy a glass of wine in the hotel’s cosy Library or foliage-filled Campanile Garden. 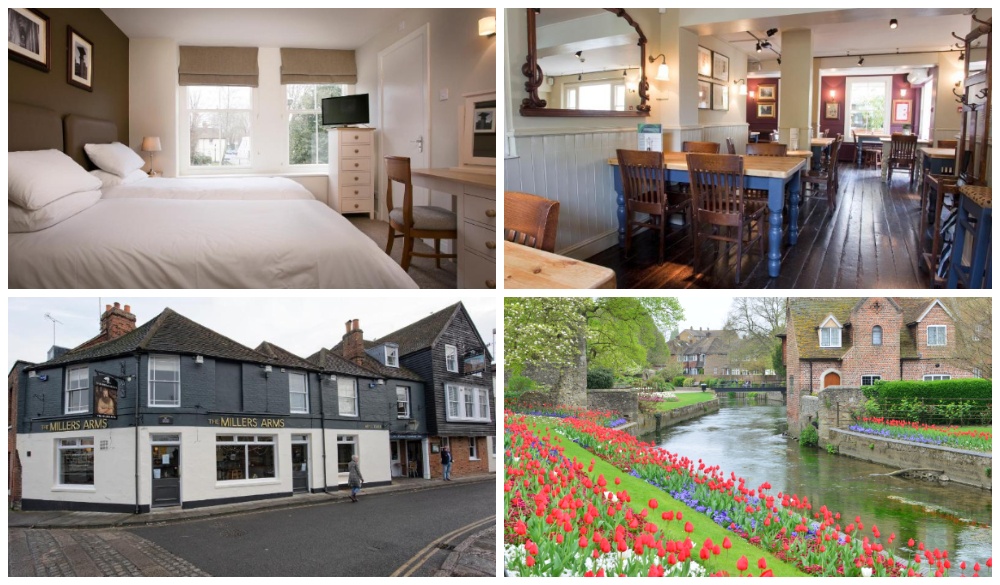 The Millers Arms Inn is one of the top-rated pub hotels in Canterbury, built in 1826 to serve local mill workers. A beloved local spot to enjoy a pint, the hotel also serves locally-sourced, seasonal dishes and features a crackling fireplace and tranquil courtyard garden.

Unwind in one of the spacious rooms with Wi-Fi, flat-screen TVs and coffee making facilities. Choose from Single, Double or Twin rooms or upgrade for views of Canterbury Cathedral. Got the kids in tow? Stay in the spacious Family Room with one double and one single bed.

Thinking of more things to do in London? Local Experiences: 12 Ways to See London Without Tourists

Explore More of England on Your next Holiday

Where do you want to visit near London? Let us know in the comments below. 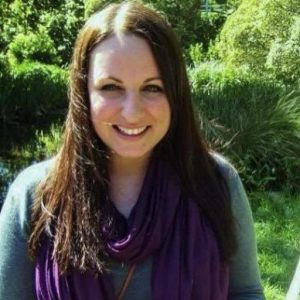 Charity De Souza
Born and raised in Orlando, Florida, I have been travelling with my battered backpack full-time for over a decade. My favourite travel memories include skydiving in Switzerland, wine tasting in Portugal, road tripping through Iceland, snorkelling in Indonesia and watching a sunset in the Sahara Desert.
World travel See all 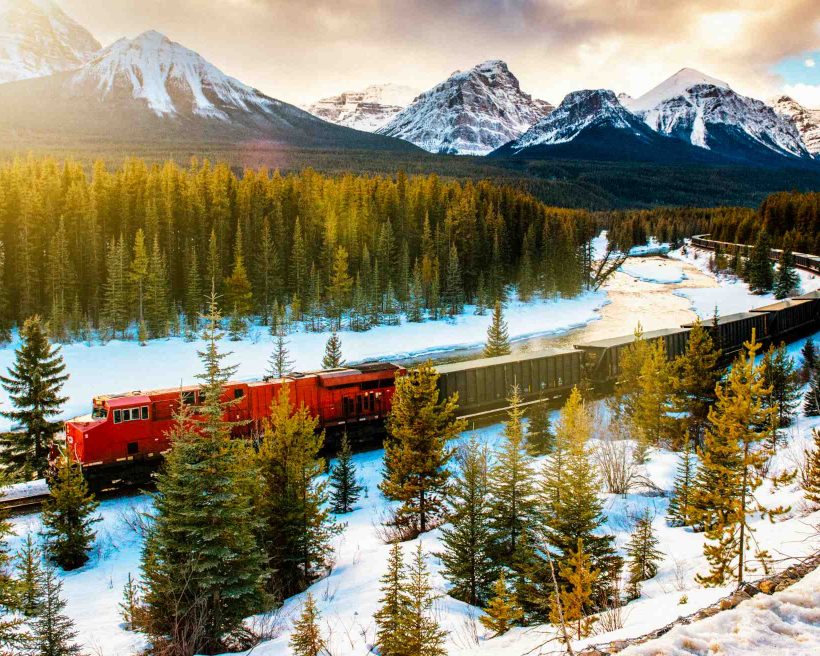 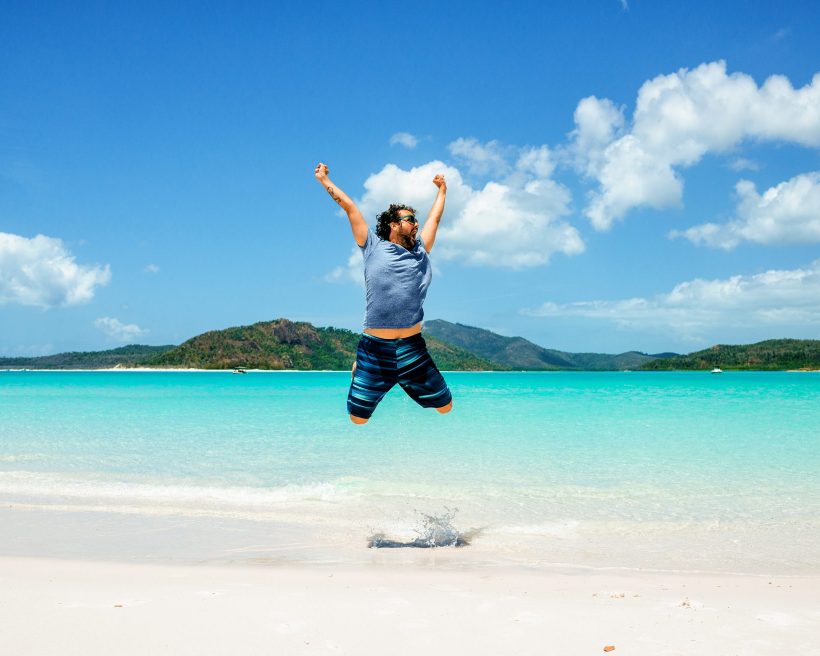 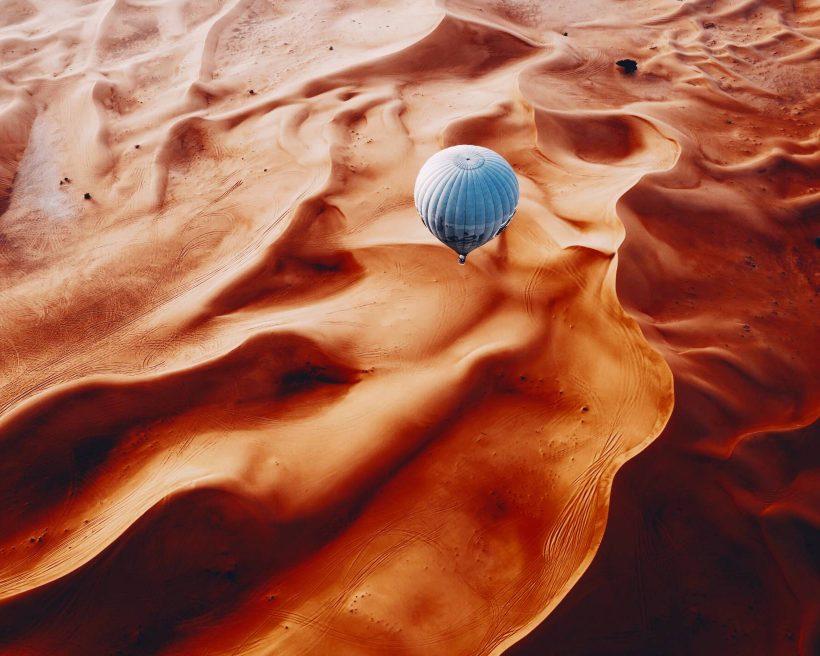 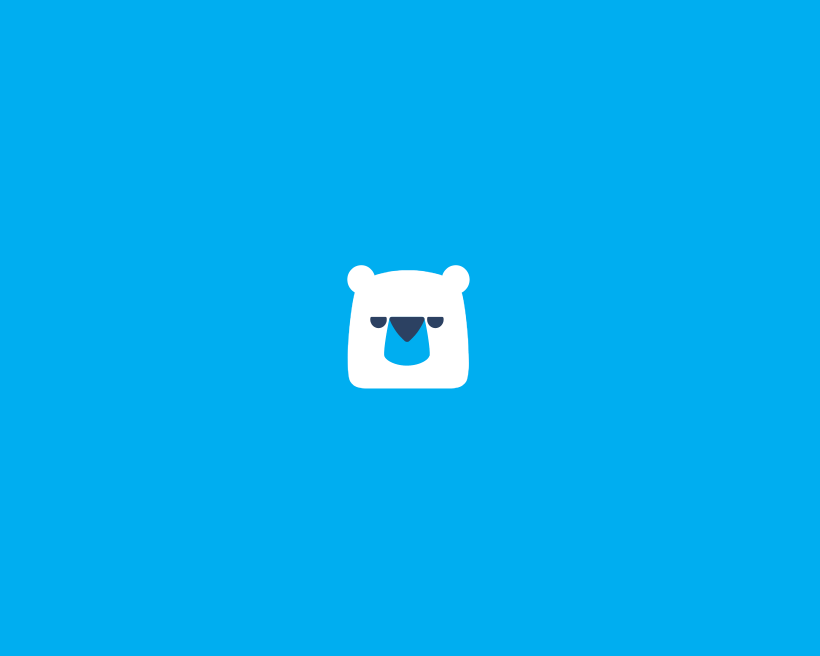 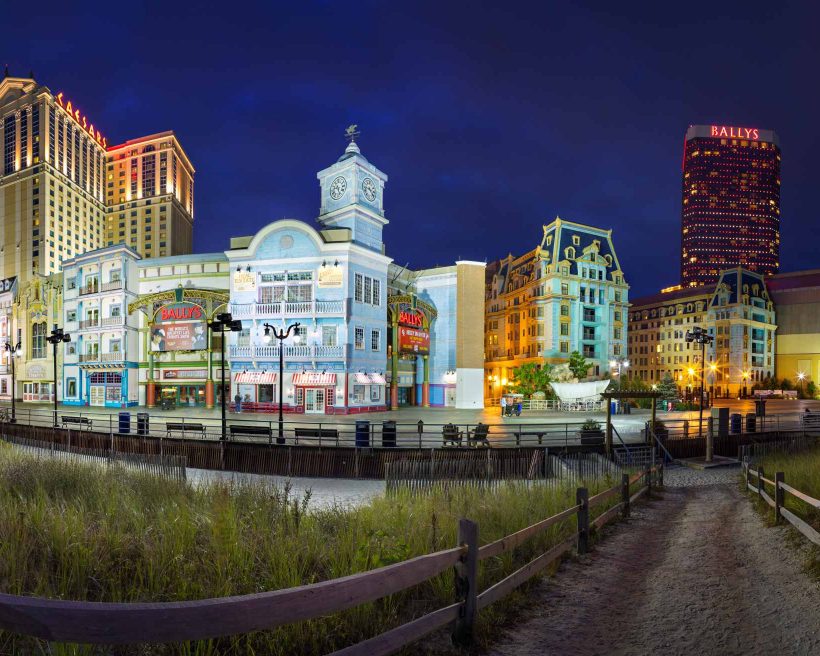 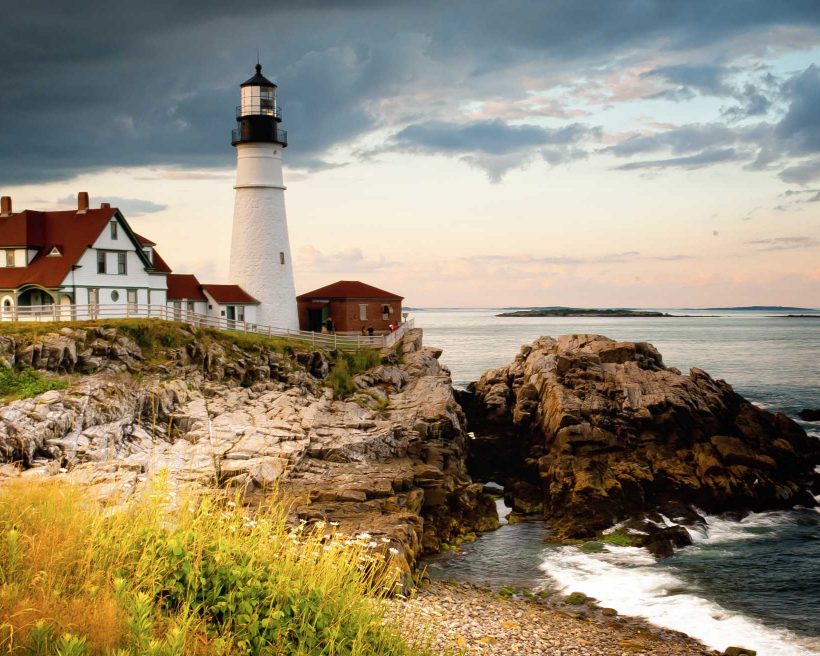 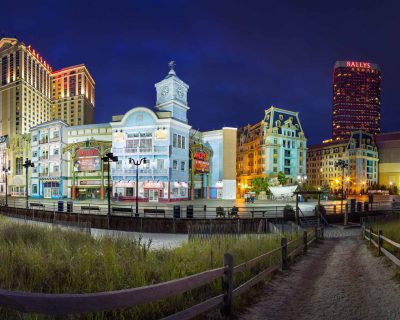 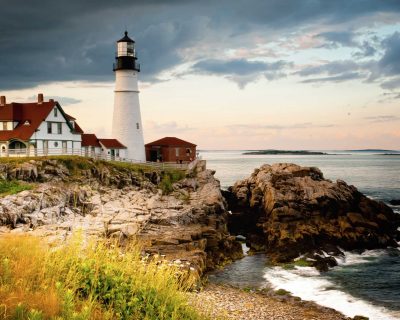 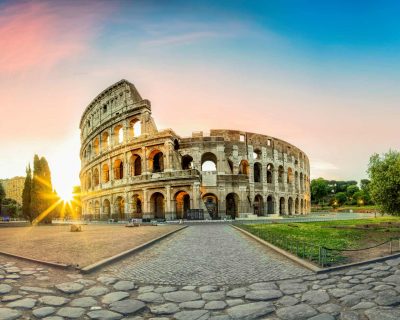 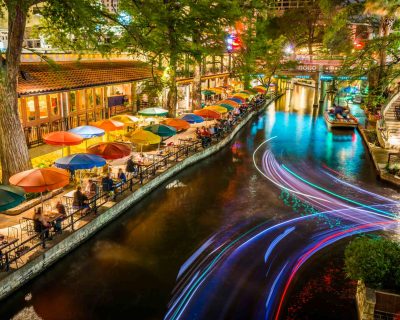